Well we have hit the ground running about as fast as we can, and we have been having grand experiences one after the other. We left Scandicci around 6am and headed for Milan. In Milan is a huge city about equal to our New York City, so it was harder to find our way around. Even though it was technically one of our “free days” to do whatever we wanted, we decided to take our favorite tour guide, Dr. G. We caught an old fashioned trolley and our first stop was, of course, a cathedral. On the way to the church we found the midnight oil(a hipster coffee shop in Searcy where we go to school) of all gelato shops and we just had to try some. The shop was a small chocolate shop, but had caught our eye because of the delectable chocolate fountain calling to us in the window. 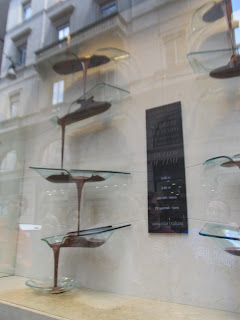 Inside we waited in line to order cones of gelato that they would fill with melted chocolate before they filled them with gelato. 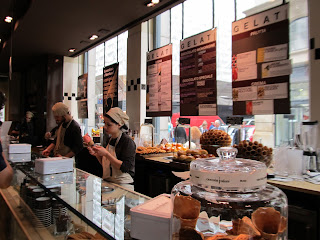 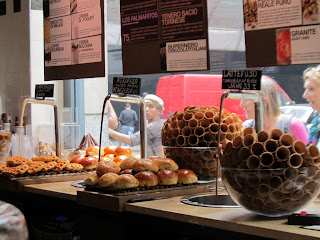 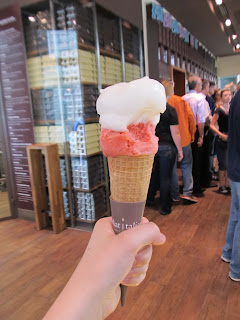 After our bellies were full of sweets we visited the church and then headed to La Scala, which is an opera house that anyone who is anyone in Italy, performs in. We visited the Museum for the Opera House, and I wasn’t really sure what we would get to see. Once inside we got to look out from a few of the boxes of the opera house. Everything was made with gold and red velvet. Very royal. The walls were made up of boxes in a horseshoe around the floor seating in front of the orchestra pit and stage. In the center of the ceiling was a ginormous chandelier that reminded me of nothing other than the Phantom of the Opera. I didn’t want to leave the crammed box to let others soak in that grand experience, but eventually I had to. The rest of the museum was not as great as those few minutes I got to peak into the theatre, but we did get to see Franz Liszt’s piano and some really ornate costumes from Aida. Several of us visited the Home for Retired Musicians dedicated by Verdi, which is also where Verdi and his wife are buried. It looked like a pretty grand place to live, but you have to be a famous Italian musician… so I suppose it’s out of the question. All in all, it was a good day in Milan. Up next… a visit to the sinking city: Venice!
Posted by Unknown at 3:00 PM